It so much more than a dry heat! The photo above is very rare weather event, but awesome to look at.

Don't let it get out, but Phoenix Metro has 6 months of spring. That's right! Who would believe it!

Yes, we do have our heat, but the high temperatures in June and July are of set off by very low humidity (3-7% range) and the rapid cooling off at night can put temperatures in the 80's). Nice thing is... You don't have to shovel snow here. Most residents enjoy coolness in their homes, indoor malls, cars or outside in the pool. Just over 50% of homes here do have pools.

Most of the severe weather is seen in Arizona, especially in the Phoenix Metro area, is caused by microbursts; not tornadoes. A "microburst" is a small area of rapidly descending air beneath a thunderstorm, caused by rain suddenly dropping pushing the air down until it hit the ground levels. When the descending air hits the ground, it quickly spreads out in all directions, causing very strong, straight-line winds. These winds are commonly as strong as 40-60 mph but can exceed 100 mph at times. Microbursts occur over a rather small space-scale, typically the area affected is less than 2.5 miles in diameter. This can cause a wall dust storm. No, contrary to the recent local media, they are not called Haboobs here. Being a native Arizonan, I know this as a fact.

Typically, the heaviest rain falls during the summer thunderstorm season, or monsoons, in our state. The rain can accumulate very quickly, resulting in flooded streets or washes, and can even cause deaths via flash flooding. In Phoenix, the greatest rainfall in a 24 hour period was 4.98 inches on July 1-2, 1911. 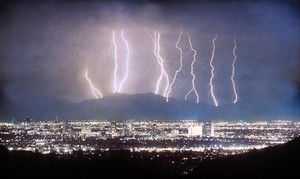 Lightening over South Mountain in a Summer Storm. 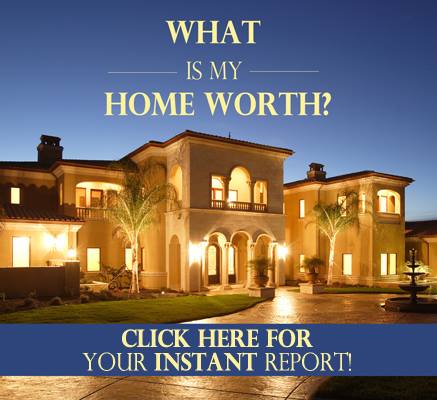 Looking for the perfect home in the perfect place? Chances are you'll want to check here first. They are in alphabetical order below.